Do not forget the cuisine of this country, which, when visiting Kyrgyzstan on a tour and renting a car, is mainly focused on demonstrating the customs of nomadic people. The cuisine here is based on the cultures of countries like the Turks, Persians, Arabs, Indians, Chinese, Russians, and Europeans. And when you use a car rental in Kyrgyzstan for your tours, there are plenty of restaurants to enjoy. In this article, we promised to figure out the fundamental point of the country's cuisine, and here it is:

Bread
Bread is of great importance in fact, and people respect it. Nomadic people choose not to stab them, but to tear their palms. What is important is that the bread's upper side should be put up, not upside down. A common form of bread is Lepeshka, a round bread baked in Tandoor, Boorsok, or small pieces of bread fried in oil. The last one means peace for the Kyrgyz people.

Beshbarmak
This is the meal that is considered common among people of the nomadic way of life, starting in the ancient period with its appearance. To have a meal like that, it is necessary to wash your hands and pronounce the words of blessing. It is swallowed by hand. They sit next to each other and discuss various subjects while beshbarmak is eaten by the Kyrgyz. This is a meal cooked in mutton made from onions and dough.

Chuchuk
Delicacies are the dishes eaten by people with great pleasure, and chuchuk is the range of goods cooked for holidays and tois. In order to cook the chuchuk, ingredients like kazy kabyrga (ribs), ulcers, salt, paprika, black pepper, onion, garlic, cumin, and bay leaf are required. Various species are used here during the meat marinade.

Kuurdak
Kuurdak, made from roasted beef or lamb with potatoes and onions, is another popular meal. It's the normal meal for the nomadic tribes to cook on iron. The food continues to have a distinctive flavor attributable to the stones.

Shorpo
Shorpo, with herbs and vegetables, is a meat-based soup. In the East, it's mostly fried. In order to feel very unique when the guests try it during the tour they travel, they generally choose to add more red pepper for the spice. So, all the ingredients start to get their unforgettable flavor this way.

Plov
Plov is a traditional meal cooked by individuals from numerous countries. In Asian nations and in several places in other countries as well. All the activities of great significance go with the cooking of plov, such as weddings, funerals, birth of a child. Moreover, on such special events, such as the tourist tour, the housewives seem to cook it.

Samsa
Guests from the country are free to try samsa, a special pie made with meat, onions and, of course, species, in the Kyrgyzstan adventure car rent. Actually, it's made in Tandoor, or at times even on special stones. It can also be made from chicken at the same time.

Manty
Manty is the Kyrgyz people's traditional meal, being each family's famous dish that they eat with their hands. The large dish is set in the center of the table, so that both guests have the ability to put in the amount they want. Manty is made from dough and meat, baked in a large steam cooking appliance that is unusual.

Lagman
Lagman is a common meal made with noodles, lamb and vegetables made by the people of Central Asia. The latter can be purchased and cooked on its own when the dough is shaped in the noodle rolls. To create this meal, the higher volume of water should be used to process it into the broth. These unusual species are peppers, eggplants, potatoes, radishes, onions, carrots, etc.

Ashlyam – Fu
The meal considered to be the finest in Karakol cooking is Ashlyam-Fu. And today in Kyrgyzstan, we are offering to rent a car for tours and try traditional Kyrgyz cuisine. It is served cold and good in summer when it is colder. Noodles, flour, vegetables and sauce are the main ingredients. It is basically stated that the meal originated from Dungan, from Chinese Muslims.

Shashlyk
When meat is fried on fire, Shashlyk is like kebabs. For now, it can be ordered at both restaurants and cafés. The name is taken from the origin of the meal, which has its origins in Turkish culture. It is said today that certain amounts of vegetables are made with marinated meat, with species and sauces.

Dymlyama
As there are big cattle here, where it is easy to mix various ingredients, the lazy way of cooking dymlyama is exceptional. Many of the ingredients are put there without stirring, such as lamb beef, onions, cabbage, tomatoes, bell peppers and so on.

Ganfan
Ganfan is a dish of Eastern heritage as people make a connection with Lagman. Here we have lots of vegetables, spices and noodles to cook, but with less water. Noodles are essentially fried with rice. Today it is the meal that is deemed to be the decoration of the table of any household.

Borsch
It would have been Borsch of Russian and Slavic descent. And because of the close relations the country has with the Russian side, it is famous here as well. Some Kyrgyz families cook this dish. But it can be purchased mainly in restaurants. We see ingredients like meat, onions, and the soup's red color is excellent.

Cutlets
It is well known that our country is a nation of many nationalities, with many persons living here who have different cultures and customs. That's why there's plenty of delicious food here. For eg, Côtelette originated from French cuisine, much of which came from meat ribs. It may be like poultry for various species, such as chicken, turkey and beef. Here, too, the onion has potatoes attached.

Kurut
Kurut is a special snack that the domestic industry has created. We got the milk snack and its preservatives here. They are made with salt, flat, sometimes sweet or sour, in the shape of balls, sometimes spicy. Kurut is a table decoration. A lot of locals, along with boarders, are fond of this snack.

Mampar
Mampar is a soup made from boiled dough made by the people of Central Asia with onions and potatoes. Sometimes, with the inclusion of onions and species. It is quick to prepare this dish and any table can be decorated with any table.

Pelmeni
The inhabitants of the Kyrgyz people were greatly influenced by the Slavic people, such that the Kyrgyz people began to cherish the Pelmeni. This meal is a boiled one where the meat is hidden in dough and then fried in salty broth. Sour cream, mayonnaise and ketchup are then consumed with it. 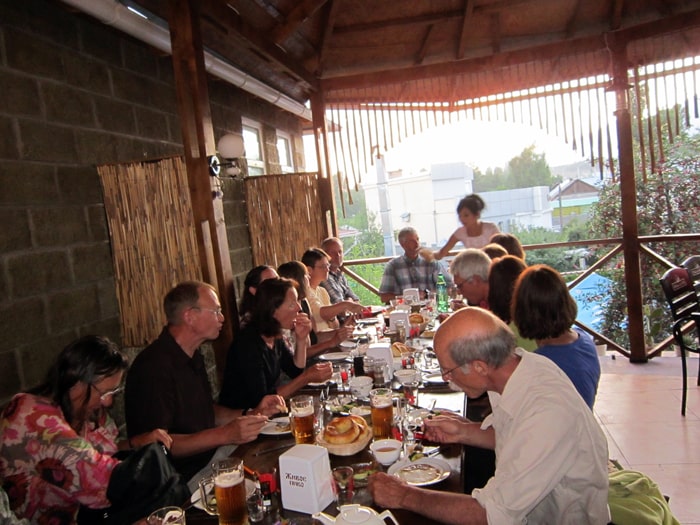