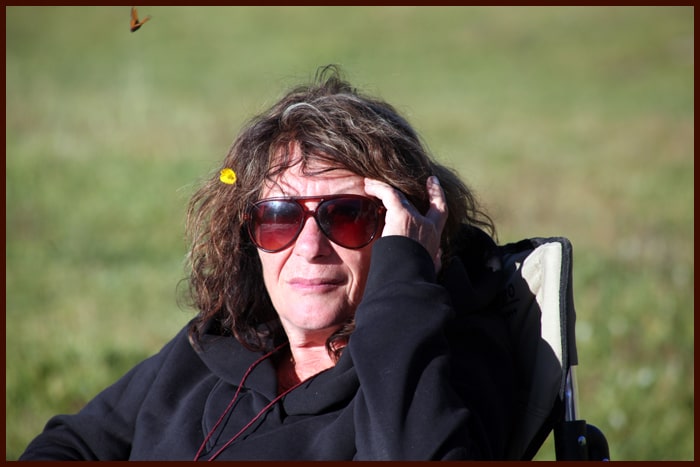 Title of tour: Heritage of Uzbekistan

Day 1: Tashkent
This day you are going to have a city tour in Tashkent capital of Uzbekistan. You will see today Independence square which is the Central square of the country, surrounded by green alleys, got its name in the early 1990s. After that you will stroll along the walking street the local Broadway, where you will admire two main squares as independence square and Amir Timur square. You will have a great opportunity to take a ride in fascinating Tashkent metro. This metro is famous for its incredible decoration and architecture. This wonderful metro was opened in 1977. After that you will reach the old part of the city where you can observe: Chorsu Bazaar, Kukaldash Madrasah and Hast Imam complex. This attraction includes several madrasahs, mosques and mausoleum. Today you will be inspired by the outstanding site the Othman Quran. This is the world’s oldest Quran copy dating back to 8th c. You will spend the night in the hotel.

Day 2: Tashkent – Samarkand (morning train)
Today you will drive to railway station of Tashkent. You will get to Samarkand by train.  This is a city of blue and green domes, bright facades and luxurious paintings. Samarkand is a very old city with a history that goes back 2,500 years. Samarkand is the same age as Babylon and Rome, the city is a real Eastern fairy tale with a riot of colors. You are going to visit fascinating sites of Samarkand such as Registan square, Shakhi-Zindeh, Mausoleum Guri Emir and Bibi Khanum Mosque. Registan Square is surrounded by buildings – a magnificent architectural ensemble, a monument of oriental architecture of the middle ages, dating back to the 15th and 17th centuries. Architectural complex of Shakhi-Zindeh a monument of medieval architecture in Samarkand, an ensemble of mausoleums included in the UNESCO cultural heritage that date back to the 11th-15th centuries. Bibi Khanum Mosque is a beautiful mosque that was built in honor of the most beloved wife of Tamerlane, after his campaign in India. This night is in the hotel.

Day 3: Samarkand – Bukhara (train)
After breakfast you will have a morning train to Bukhara. This day is dedicated to a highlight tour of the city. You will explore the amazing sight of Bukhara called Citadel Ark that dates back to the 4th century. This is the last witness to the once powerful power of the Bukhara emirs, which was a cultural and scientific center. You will explore the enchanting site known as Samanids mausoleum, where you will admire the masterwork of architecture of 9th -10th century. You will continue the tour with wonderful Chashma Ayub traditionally revered place, a well with a spring that means Job's well. You will also explore Bolo-Hauz mosque, a magnificent mosque with a small reservoir, which was built in honor of the Governor Abu-Fayud Khan. Then you will have a chance to walk along the amazing shopping domes. This day you will also visit one of the most enchanting madrasahs of Bukhara called Nodir Divan Begi. The mosque is the part of Lyabi House Ensemble. You will continue tour with Poi Kalon complex, where you will admire the masterpiece of art. Kalon minaret, Kalon mosque and Mir Arab Madrasah of the 12th - 16th centuries that you are going to visit. You will spend the night in the hotel.

Day 4: Bukhara – Khiva (440 km, 7 hours)
This day you will transfer to ancient Khiva. Khiva is an ancient city that dates back 2500 years. This city of ancient Khorezm is one of the few cities in the world where historical buildings are practically preserved. Since ancient times, Khiva has played an important role, and stood on the paths of the Great Silk Road. Countless caravans loaded with goods passed through the Gates of Khiva. Among the numerous cities of Khorezm, only Khiva has withstood the hardships of history and nature. You will drive today via fascinating Kizilkum desert from Bukhara to Khiva. Along the way you will observe the fabulous landscapes of the deepest river of Central Asia Amu Darya river, winding, long, and, as the ancients called it, stubborn. The river in Central Asia, in Tajikistan, Turkmenistan, and Uzbekistan, partially flows along the border with Afghanistan. After arrival you will have free time, You will spend the night in the hotel.

Day 5: Khiva – Tuprak Qala – Ayz Qala
We are glad to provide you incredible tour where you will observe the amazing city of Uzbekistan, Khiva. This day you will observe internal city of Khiva - Ichan-Qala, surrounded by strong walls, it became the first World Heritage site in Central Asia. You are going to be inspired by the ancient buildings, palaces, mosques, madrasahs, mausoleums, minarets, caravan-sarais and bathhouses. All these sites made Ichan-Qala into unique open air city. There you will have a chance to observe over 400 traditional dwelling houses and about 60 architectural monuments. In 1969, the Ichan-Kala reserve was created on the basis of the Khorezm regional historical and revolutionary Museum and the State Museum. You will find the outstanding sites as the Kunya-Ark fortress dating back to 17th century, Kalta Minor minaret and Tash Khouvli palace, that is fascinating example of Khorezm architectural mastership of 1830s. Then you will be transferred to Ayaz Qala desert yurts camp. After arrival you will have the night in yurts.

Day 6: Ayz Qala – Nukus
Ayaz Qala it is one of the most spectacular fortresses in Khorezm, named after the famous hero Ayaz, dating back II century AD. It is believed that Tuprak Qala was the ancient capital of Khorezm in the era of antiquity "clay fortress" built in 1 or 2-century AD. an outstanding monument of history and culture of our country. It is located in the lower reaches of the Amu Darya, in the territory of modern Karakalpakstan, which is important for understanding culture and history and art. Your settlement will be at yurts camp near Ayaz Kul Lake. Travel to Nukus, check in and overnight.

Day 7: Nukus – Tashkent (flight, 21:00-23:00)
You are going to explore the fascinating city tour. You will explore the enchanting site as the Museum of Savitsky. It was created in 1966 on the initiative of the artist and collector Igor Vitalyevich Savitsky, who carefully collected and collected works of the forbidden avant-garde in Soviet times. It is the largest in the territory of Asian region. It stores 20th century Russian avant-garde paintings, works of Sokolov, Komarovskiy and Amaravella group. The tour route will take you to outside of Nukus where you will find Mizdakhan necropolis. This is a complex of historical and archaeological monuments located on three hills and a plain between them, which in ancient times was a city. In addition you will fascinate the amazing site 2200 years-old Zoroastrian ancient monument known as Chilpyk. The tour will be finished with a flight to Tashkent. You will rest the night in the hotel.

Service does not include:
- Visa
- Full board
- Travel insurance
- English speaking guide
- Entrances to all museums