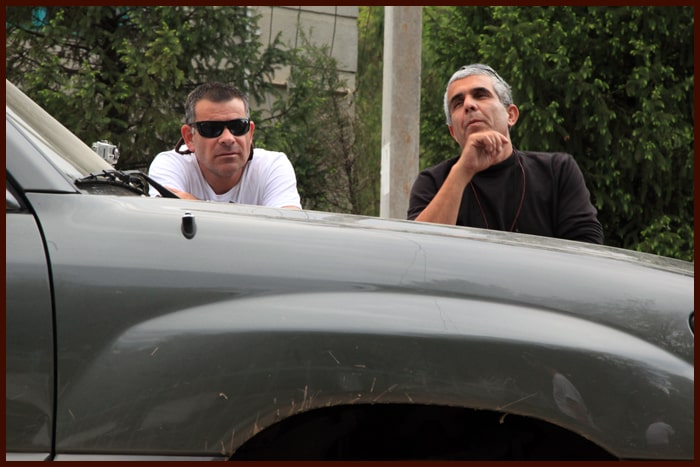 Day 1: Tashkent
The city tour starts with exploring the splendor site Independence square that is the magnificent square of the country with a lot of attractions and green alleys. After that you will stroll along the amazing the local Broadway, where you can see the souvenir shops and cafes. Then you will get to Tashkent Metro and have a ride. This is the fascinating site with incredible beauty. It was opened in 1977. After that you will explore the old part of the city. You will see such outstanding sites as: Chorsu Bazaar, Kukaldash Madrasah and Hast Imam complex that includes of several madrasahs, mosques and mausoleum. In addition you will explore the fascinating site  the Othman Quran which is the world’s oldest Quran copy dating back to 8th c. It is the primary source of the sacred book in a binding written on the skin of a deer, the oldest surviving manuscript of the Koran, stained. You will spend the night in the hotel.

Day 2: Tashkent – Samarkand (350 km, 4 hrs drive)
In the morning you will departure to Samarkand. This city is located right in the heart of the Great Silk Road and has a 2,500-year history. The city is located in the Zarafshan river valley and is the second largest city in Uzbekistan. Today you will have a highlight tour in this amazing city and explore the enchanting sights as Registan square, Shakhi-Zindeh, Mausoleum Guri Emir and Bibi Khanum Mosque. In the heart of the ancient city of Samarkand is a real pearl of Uzbekistan – Registan Square. The square is famous for its three grandiose madrassas, which date back to the 15th and 17th centuries and are striking in their grandeur. Architectural complex of Shakhi-Zindeh it was a large Central Asian spiritual and religious center, a pilgrimage to which could replace the Hajj to Mecca. A large number of mausoleums of the 11th and 15th centuries were included in the UNESCO heritage list. You will admire the fascinating Bibi Khanum Mosque that was constructed in honor of Tamerlane’s wife. You will spend the night in the hotel.

Day 3: Samarkand – Yurts camp of Nurata (310 km, 4 hours)
Today you will travel to a small town of Nurata. The city is situated in the foothills of Nuratau Mountains. According to legend, this excellent area for settlement was discovered by people who wandered through the desert for a long time. Historians also associate the formation of the city with the Nur fortress (translated as "ray", "ray of light"), built here by Alexander the great in the IV century BC. After arrival you will have a highlight tour where you will observe where you will observe: the Khasan- Khuseyn Mosque, blacksmith’s and potter’s workshops and a sacred pond with sacred fishes, a place for pilgrimage by Muslim worshipers in Nurata. Tooday you will also explore the Medressa of Sheihun Hasan Nury, Namazgokh Mosque and remains of so called "Alexander the Great’s Fortress”. Today you will travel to to yurt camp in dessert. You will spend the night in the yurt camp.

Day 4: Nurata – Samarkand
After breakfast you will can have amazing one - two hour camel tour to Aydarkul lake. a large artificial reservoir in the Kyzylkum desert, located in the North-East of Uzbekistan. Aidarkul is one of the most beautiful places in Uzbekistan – the turquoise sea in the endless Kyzylkum Sands. This natural wonder is located in the North-Eastern part of Uzbekistan. You will have a chance to taste freshly cooked fish for a lunch, take a rest, swim in warm and sun bath on the stunning beach. Then you will transfer to Samarkand. Along the way you will break at Sariamish stone paintings. There were explored about 3 000 pictures. The number of drawings is so large that the attraction goes beyond the state and is considered a global treasure. The age of some was established — the oldest drawings are about 10 thousand years old, and most — about 4 thousand. After arrival you will check in the hotel and overnight.

Day 5: Samarkand – Tashkent (350 km, 4.5 hrs)
This day you will have a morning transfer to Tashkent. You are going to experience Courage Monument which is a memorial complex, a reminder to residents of Tashkent about what happened on April 26, 1966. when there was a powerful earthquake that claimed many lives.  You will also explore the remarkable site Zangi Ota memorial complex, rightfully included in the pearl of the Muslim historical and artistic heritage, it is one of the most revered and sacred places in Tashkent. You will complete the tour with exploring the State Museum of Applied Arts of Uzbekistan. You will be inspired by the fine examples of glasses and national clothing, hand and machine embroidery, skullcaps and national fabrics, carpets and woodcarving. You will rest the night in the hotel.

Service does not include:
- Visa
- Full board
- Travel insurance
- English speaking guide
- Entrances to all museums
- Train tickets - 60$ Tashkent-Samarkand-Tashkent