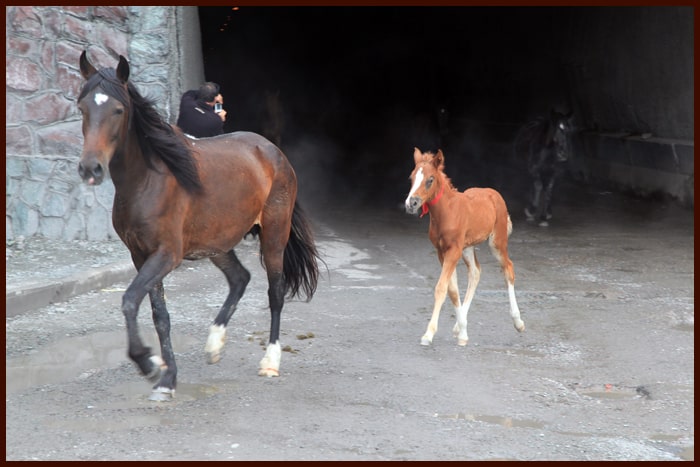 Day 1: Ashgabat
You will be met by your guide at the airport. Then you will drive to Ashgabat city. You are going to explore the outstanding Nisa fortress. Nisa is the capital of the once powerful Parthian Kingdom. This monument city is divided into two parts-the fortresses of Old Nisa and New Nisa. Nisa is the capital of the once powerful Parthian Kingdom. There were burials of members of the ruling Arsacid dynasty, palaces, temples, numerous warehouses and the Royal Treasury. Nisa is a UNESCO world heritage site. After that you will transfer to Turkmenbashy Ruhy Mosque. This is the main mosque of Turkmenistan. Its total area is 18 thousand square meters, the height of the building, built of white marble, is 55 meters, and the height of each of the four minarets is 80 meters. It can accommodate 10,000 people.  Then you will drive to Gokdepe horse farm where you can see the beautiful Ahal-Teke Horses. Then you will return to the capital. You will observe the Independence Park and the Palace of Happiness where you will fascinate the panoramic views. This night is in the hotel.

Day 2: Ashgabat – Darwaza – Dashoguz
This day you will travel to fantastic Darwaza gas crater. People usually call this natural attraction as “Door to hell” (also known as the Gate to Hell, the Crater of Fire). During the tour you will have a chance to observe the fascinating views of the crater. It is one of the most interesting and mysterious sights of Turkmenistan. The unique crater of a natural wonder has been burning for more than forty years among the Sands of the Karakum desert. They appeared, like all the most terrible and beautiful things in the world, thanks to human intervention in 1971, when excavations were carried out to find natural gas. Then you will transfer to Dashoguz town. The overnight is in the hotel.

Day 3: Dashoguz – Kune Urgench – Khojeili border
In the morning you will transfer to the historical place Kone-Urgench. It is an architectural reserve situated 480 km North of Ashgabat The old capital of Northern Khorezm, referred to in Chinese references as early as the first century ad, fell under the rule of the Arabs in the middle of the 8th century In 995, Gurganj (the name it received after the Arab expansion) became the abode of the Khorezm Shah and the second largest city after Bukhara, the capital of the Samanid Empire. Caravans passed through Urgench, trade was brisk, and crafts flourished. The great Avicenna lived in this city. After that you will transfer to Khojeili border the end of the tour.